Rachel takes us back in time, telling us the story of her first child Leah and handling her deafness from diagnosis to the development of Signing Time.  Like our children with Down Syndrome, Rachel found that Leah was considered ‘different’ but that when she taught the other children a few signs, she no longer seemed so different.  The parallel here is that advocacy and mainstreaming make our children seem more the same than different and that is how it should be. 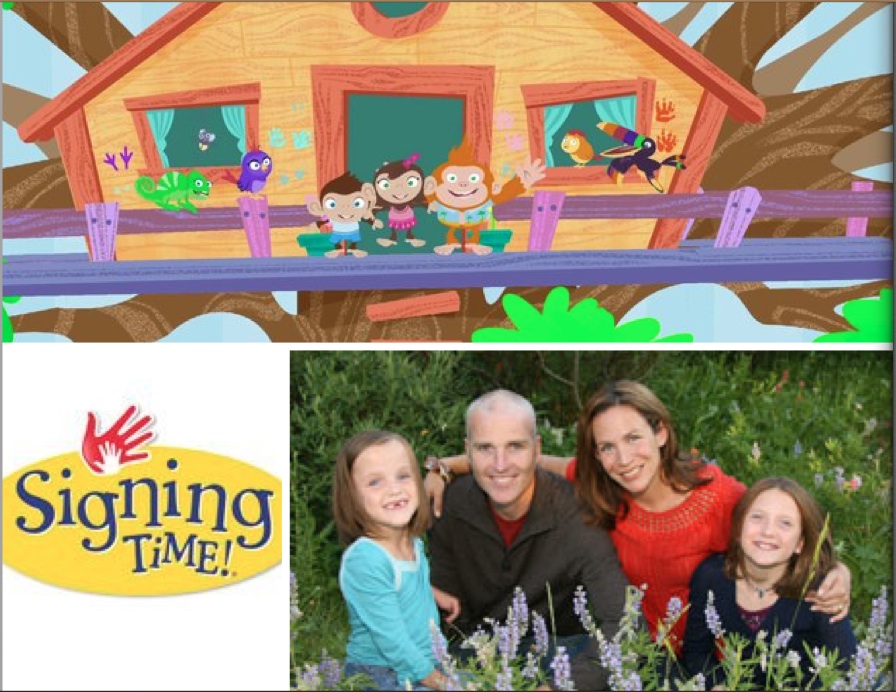 Rachel and her family

Rachel’s struggles weren’t over.  Her second child Lucy was born with spina bifida and cerebral palsy.  Rachel found that signing was again a big help.  She also learned that all children (including those with special needs) can learn signs much earlier than speech.  She teamed up with her sister to create Signing Time.

We also got a lot of great stories about the actual creation – green screens, tape on fingers, the mythical orange vest, etc.  It was really great hearing the story of Rachel’s family.  Signing Time is a great show and who knows how many kids it gave the power to communicate…

You might ask how this relates to Down Syndrome.  As we all know, our children generally speak later than typically developing children and in some cases, this delay can be extreme.  Some of our children remain completely non verbal.  Rachel found that in many cases, these children can sign long before they have the oral motor skills, etc. necessary for speech.  As a testament, this was fairly successful with my son Luke and all of us (Rick and Jason too) still see signs coming from our kiddos.

Rachel is working on a new television show called Rachel and the Treeschoolers.  She is taking educational television to the next level by including a full preschool curriculum.  Apparently TV execs thought her shows would be TOO educational.  So, she decided to crowd source.  That means that listeners help fund the show.  Let’s stick it to the TV execs!  Check out at her Kickstarter campaign here.  You can also see all of the other stuff at www.signingtime.com.

Thanks for spending an hour with us…